Can you believe slightly more than 10 years have passed since the Hawaii Superferry set sail in the islands. Hawaii residents were mostly thrilled to see the arrival of the ferry service which not only carried passengers between ports in the islands, but also vehicles of all types.

This was surely going to be a huge boom for inter-island travel, a new way of traveling from one county to another. Take your vehicle and even pack your stuff “in a laundry basket” as the TV commercial advertising the ferry once said.

Hawaii Superferry operated in the islands from August 2007 to March 2009. It was rough seas ahead for the ferry as it was met with stiff opposition from inter-island transport competitors Hawaiian and Aloha Airlines, Young Brothers shipping and a number of environmental groups and political interests.

Hawaii Superferry was able to establish its first route between Honolulu and Maui. It sailed to Kauai only once before activists shut it down by blocking the ferry from entering the harbor. Plans to sail to Kawaihae on the Big Island of Hawaii were never realized.

A few days after Superferry started, the service was suspended by a court ruling regarding an environmental impact statement.

A special legislative session to allow the Superferry to operate was held in late 2007. A bill was passed “to allow “large capacity ferry vessels” to operate between ports in the Hawaiian Islands while an environmental statement is prepared.”

Shortly after Governor Linda Lingle signed the bill into law, the Superferry resumed operations from December 2007 to March 2009. On March 16, the Hawaii State Supreme Court “ruled that allowing the Superferry to operate prior to completion of the environmental study was unconstitutional.”

Superferry operations permanently ended the day after. The Hawaii Superferry Company went into bankruptcy. The two vessels built for the operation (with only a single ship sailing between the islands at the time of closure) were eventually acquired by the U.S. Navy,

I was lucky enough to sail on the Hawaii Superferry from Honolulu to Maui and back shooting photos for the HawaiiReporter.com news site. It was one of those trips I’ll never forgot. After that trip, I looked forward to sailing on the Superferry between Honolulu, Maui and the Big Island as a regular paying customer.

Today most people who supported the concept of a privately funded ferry service wax nostalgic about the brief time Hawaii Superferry was in operation. It was a great travel option that should someday be tried again. 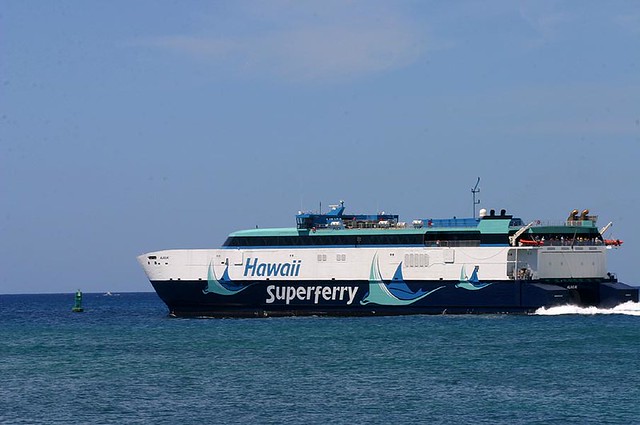 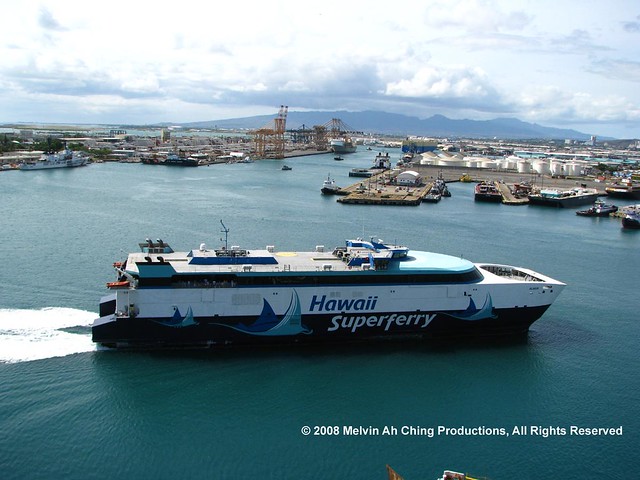 The Superferry sails back into Honolulu Harbor, 2008.