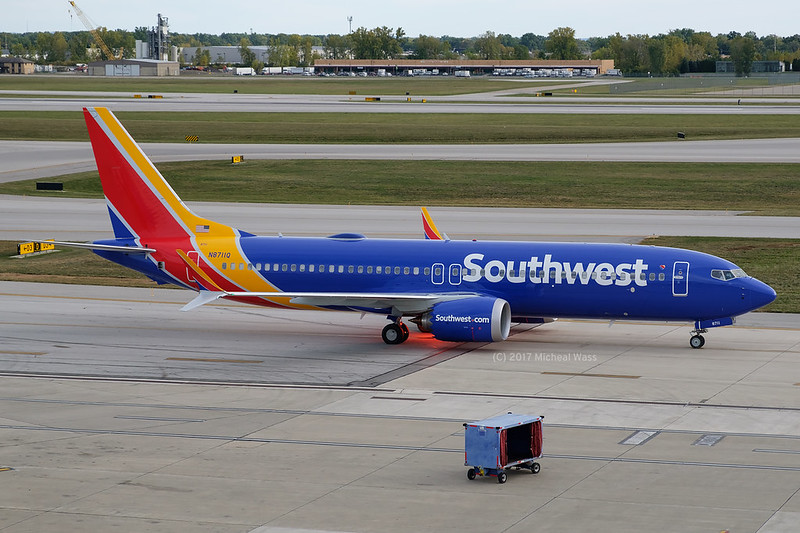 Southwest Boeing 737-MAX jets will be flying to Hawaii from the U.S. mainland sometime next year. Photo by Micheal Wass.

The anticipated arrival of Southwest Airlines to Hawaii’s skies has created a possible scenario that grows larger every day with the recent Chapter 11 bankruptcy filing by local carrier, Island Air.

First off, Southwest announced earlier this month that they will be starting up West Coast USA to Hawaii service using their new Boeing 737 MAX jets. The airline is in the process of getting ETOPS certification and securing gate space at Hawaii airports. The airline has not announced their Hawaii – U.S. mainland destinations, but it can be assumed that the airline will at least be flying to Honolulu and Kahului, Maui with Lihue and Kona being fairly good bets too.

What is most interesting about Southwest’s entry into the Hawaii market is the possibility that the airline will start “limited” inter-island service.

Southwest Airlines is popular with many mainland flyers as they are known for being a low-cost carrier and do not charge fees for checked baggage or flight changes.

The announcement comes at a precarious time for Island Air, the state’s second largest inter-island carrier. They filed for Chapter 11 bankruptcy a week ago after a dispute concerning lease rents for three of their Q400 aircraft surfaced. The lessor wants to repossess the aircraft. They filed a lawsuit in bankruptcy court to force the airline to give up the planes. Should the lessor prevail in the lawsuit, Island Air which is down to those three planes after two other Q400s were taken away will be forced to go out of business leaving 400 people unemployed.

One of Island Air’s ATR 72s, which were just retired, passes by the Hawaiian Airlines maintenance hanger in this photo shot in 2015.

Island Air recently retired their fleet of ATR 72s hoping that the Q400s would help bring costs down.

Should Island Air close, longtime incumbent, Hawaiian Airlines will more than likely increase their inter-island ticket prices (which are high already) as they reign in their near-monopoly position in the inter-island market.