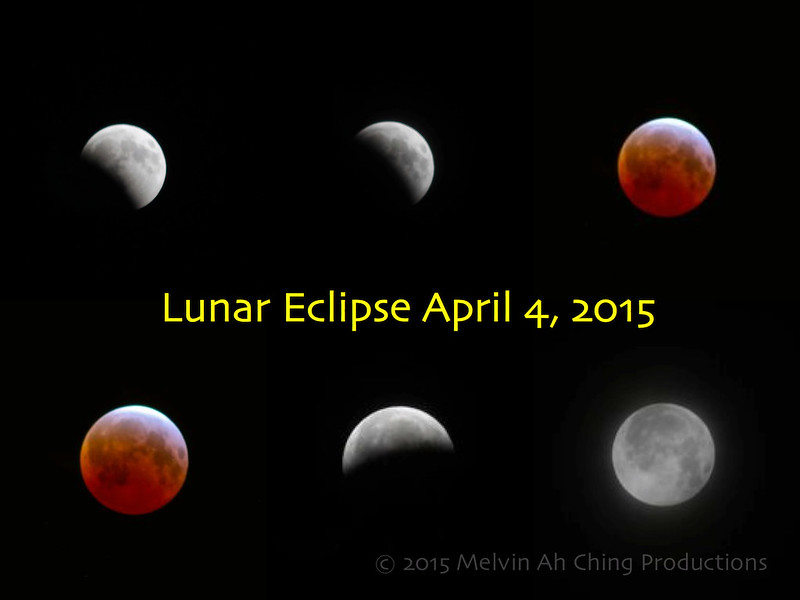 The April 4, 2015 lunar eclipse going from partial to total back to partial and ending with a normal full moon.

The April 4, 2015 lunar eclipse reached totality early this morning at around 2:00 a.m. The weather in Honolulu was clear which allowed for excellent viewing conditions despite the fact that the moon was nearly straight up in the sky.

That made it difficult to take a picture of totality with my Canon 600D SLR camera and tripod. Going into and out of totality was easier since the moon was bright enough to allow for handheld shooting with the DSLR.