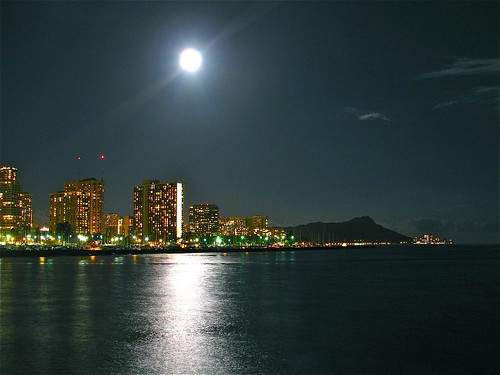 After the week’s hurricanes passed Hawaii, the tropical evening was turned into a time to catch the 2nd “SuperMoon” of the season. The phenomenon “is the coincidence of a full moon or a new moon with the closest approach the Moon makes to the Earth on its elliptical orbit, resulting in the largest apparent size of the lunar disk as seen from Earth.” (Wikipedia).

Technicalities aside, the night afforded for some great picture taking at Ala Moana Beach Park. Enjoy the photos that I have of the night lights from Honolulu. All photos copyright Melvin Ah Ching Productions. (2014) 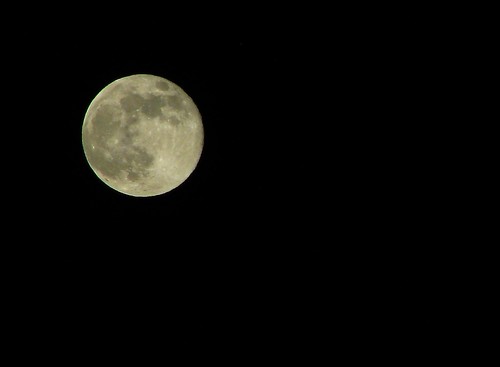 The actual moon! Shot with Canon S5 iS.

Light streaks from passing aircraft. This area is about 3 miles from the airport.

The Hilton Hawaiian Village wears an updated Rainbow mosaic that is well lit.

Night shot of the Yacht Club at Ala Wai Boat Harbor.